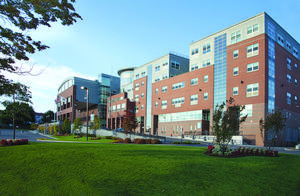 cCarthy has a long history of working with urban youth.  In his quest to change the societal narrative around Black and Brown males, creating and developing equity access and changing student trajectories, Cory spent over a decade coaching and instructing young men to not simply utilize their athletic abilities but to ensure 4-year college placement and graduation. He is also one of the most accomplished basketball coaches of color Massachusetts has ever seen with 5 state titles (1 girls, 4 boys).

As a critical member of New Mission’s administrative team and Director of Academics and Operations, Cory’s passion, strategic planning, and tenacity helped lead the school to its designation as a winner of the 2012 EdVestors’ $100k School on the Move Prize, 2013 National Blue Ribbon School for Improvement, 98% graduation rate, and the 2017 Title One Distinguished School Award.

Cory McCarthy is both a charismatic and compelling speaker who has traveled the country representing the Boston Public Schools as part of the school redesign team speaking at conferences such as ASUGSV Technology Summit in San Diego, represented BPS as a speaker at the ESEA National Conference and COSEBOC in Boston, MA and New York, serves as the founder of The Urban Coaches Association and conducts several webinars on various social issues.

Additionally, he has been a guest lecturer at Emerson College and UMASS Boston speaking on the importance and value of having culturally competent and responsive educators. Currently he serves as the Director of Academics and Operations at New Mission High School and Boston Community Leadership Academy in Hyde Park. He serves on the board of numerous non-profits and recently created a social justice program for middle schoolers in Boston.